History / Description: The Basilisk Fountain preceded alongside the so-called "valve-spring", where you, the scarce water due, could see only through a valve restricts water or the "floor fountain" (Fountain Guide reference: 126). The floor fountain could not convince the population. Therefore, in the 1880s, a new competition was announced, which produced the successful Basilisk well as winners. There are 50 copies were made of. The basilisk is made of bronze and the rest of cast iron. The water flows from the mouth of the basilisk in the round pool that is decorated on the outside with various patterns. The floor base is urn-shaped and is below even a bowl was attached to dogs. Today there are 28 Basilisk wells that are on public property and on a few other private areas.
Special: Since 16 May 2002 is in the Basel community "Anwil" a brand new basilisk fountain. Although the municipality has only 500 souls, she is very well known. It owes its reputation to the "Basel-song", where it is in the first verse as "Ammel" mentioned then the community popularly called. 1832 there was a vote to separate whether Anwil of the city of Basel and the landscape should connect. The Basel government courted each vote and promised the Anwilern a church if they would decide to remain with the city. The decision was unanimously in favor of the city. Rumor has it that the bread basket of the Basel silk armies have probably played the more important role than the promise for the Church ... In 1833, the separation was but nevertheless concluded. The words of flora and fauna had to atone for their venality. 2001 remembered the former mayor of flora and fauna Heini Schaffner the city of Basel on their promise. Of flora and fauna that would indeed no church, they go even today after Oltingen to church, but a fountain would be a very nice symbol. In May 2002, the 170 year old debt was paid in the preparation of the basilisk fountain. He is an icon for the connection between town and country. 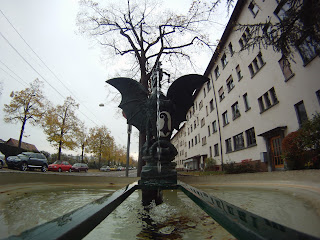 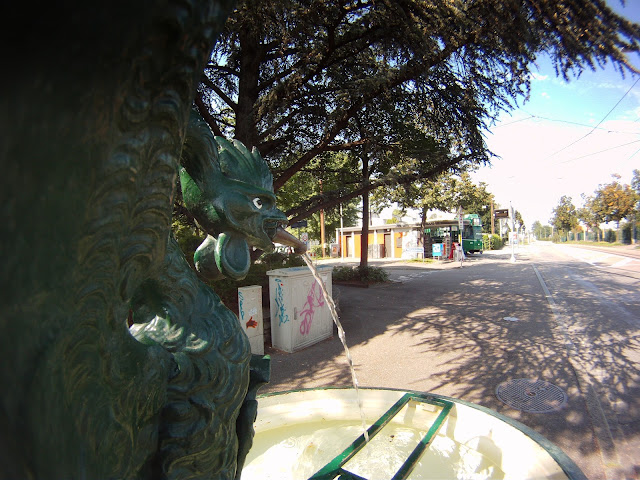